Catching Up with the Brooklyn Nazareth Kingsmen - POINT 3 Basketball

Catching Up with the Brooklyn Nazareth Kingsmen

The Brooklyn Nets season may be in full swing, but our focus will be on Brooklyn today for a different reason. The anticipation of Opening Night has finally reached its peak as this afternoon our Fall 2016 Get Sponsored winners, the Nazareth Regional High School Kingsmen, tip off their season against rival Xavier.

Coach Todd Jamison and his hungry squad will be rocking their new POINT 3 uniforms ready to make their presence known to the rest of the league. And it is a tough league. The Catholic High School Athletic Association (CHSAA) of New York is known for producing nationally-ranked teams and players, including legends of the game like Lew Alcindor and Chris Mullin, as well as NBA standouts Mark Jackson, Kenny Anderson, Lamar Odom, and many others. In fact, the Kingsmen tested their mettle in a preseason scrimmage against city basketball powerhouse Archbishop Molloy High School, which this season boasts 7-footer Moses Brown, who is being recruited by Kansas, North Carolina, and many other elite programs, along with top-10 point guard Cole Anthony, the son of longtime NBA veteran and New York Knick Greg Anthony. Jamison knows for his team to be the best, they must play with – and beat the best.

Their schedule includes a trip to Buffalo to play the reigning New York State public schools AA champ Aquinas Institute of Rochester, in addition to the regular CHSAA slate. But Jamison thinks his group is ready to roll.

“Our schedule is kind of crazy this year,” he said. “But the kids will be up to it, I think we’ll be OK.”

The Kingsmen are an athletic, energetic bunch, who pride themselves on playing smothering defense. That much was evident from seeing the hard-charging practice early this past Sunday morning, when the team received its new gear.

“We are a man-to-man, trapping team,” said Jamison. “For the most part, when we won our two state titles back in 2012 and 2013, we were a 1-2-2 team all over the floor. Three-quarter court, half-court. We didn’t have the length to play it the last couple years so we went back to man-to-man.”

The athleticism and stamina come from a lot of repetition, and a lot of fighting through exhaustion.

“We do a lot of collegiate drills,” said Jamison, a retired New York City police officer. “A lot of agility, basketball related stuff to get the guys in shape.”

Offensively, they are undertaking a lot for a high school team but when it gels, watch out.

“We are a transition team,” said Jamison. “we get up and down. We run some motion. This year we’re running some elements of the Princeton offense. That’s a little bit of a challenge. If we can shoot the ball halfway decent, we’re going to cause a lot of problems.”

They are an experienced team made up of many juniors and four seniors, all of whom made it to the city semifinals last season after a 1-6 start. That togetherness should help propel them to more success this season.

“We have a lot of quickness,” said the coach who has been at the helm of this team since 1996. “If we can get the cohesiveness together, if we get the kids believe in each other and play for one another, I think we’ll be fine.”

The journey starts today and the entire POINT 3 Basketball family will be watching and rooting on the Nazareth Kingsmen in their quest to bring home a championship! 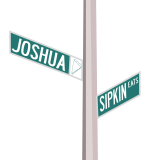